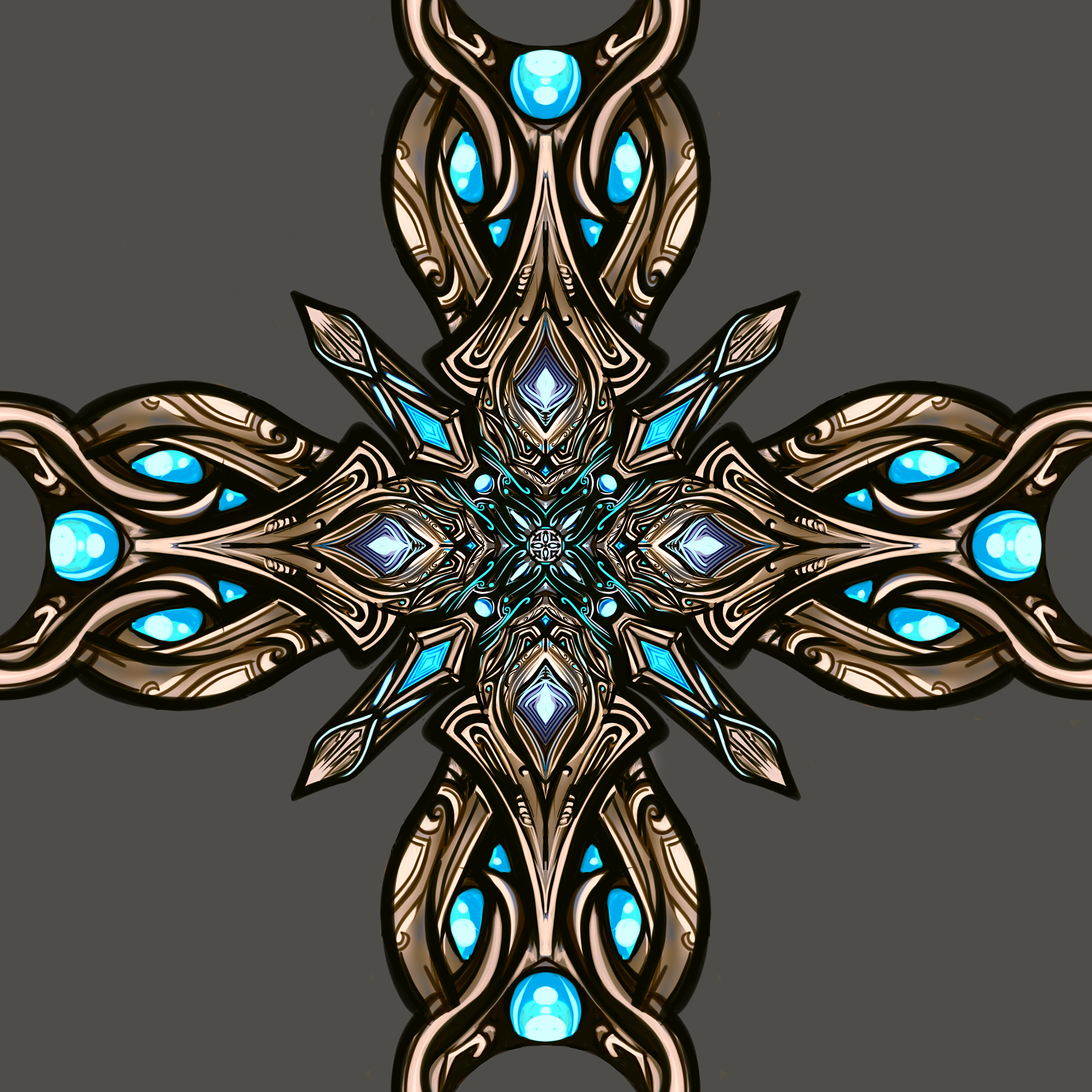 Digital painting created with a drawing tablet and Adobe Photoshop

In Vedic mythology the Vajra is used as both a weapon of the gods and a ritualistic tool to destroy human ignorance. In Vajrayana Buddhism the word translates to the "Diamond Way" and symbolizes the lightning bolt of consciousness that led the Buddha to the path of enlightenment. It is a weapon used as a ritual object to symbolize both the properties of a diamond (indestructibility) and a thunderbolt (irresistible force).


At the center of the Vajra is a small flattened sphere which is said to represent the underlying nature of the universe. The bell shaped prongs on each side symbolize lotus flowers, representing Samsara (the endless cycle of suffering) and Nirvana (release from Samsara). The lightning bolt of consciousness can also be seen as the as kundalini serpent energies.